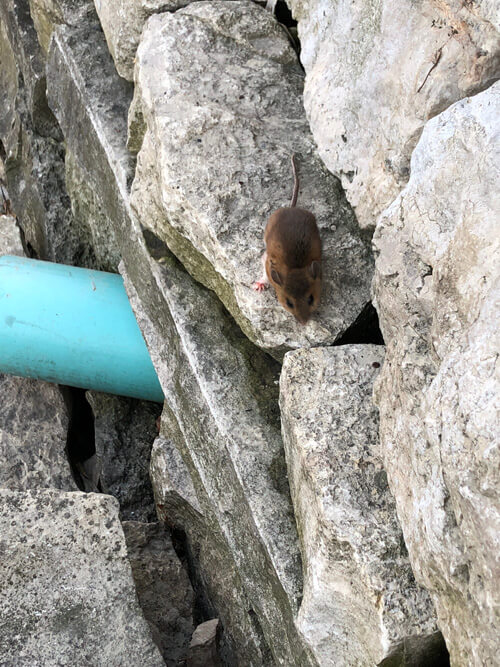 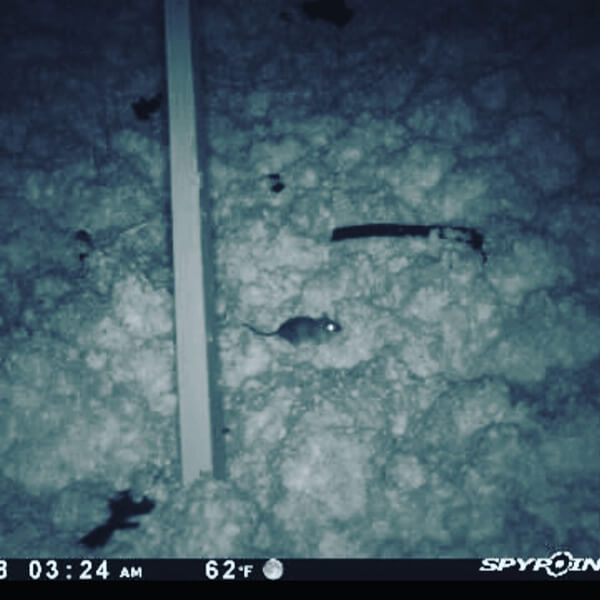 Mice are one of the most common pests around southeastern Wisconsin, and mouse prevention and control makes up a majority of the work we do. Mice can be a serious issue for homeowners, as they need only the smallest of holes to gain access into your home. Once inside, they can wreak havoc with their movements, mating, feeding, droppings, and more. The most frequently encountered mouse here in Wisconsin is known as the house mouse.

House mice are small rodents, usually grey or brown in color with a lighter underbelly. They have the stereotypical appearance of a “mouse” with a long pointed snout, a long, skinny tail, and large, rounded ears. Their ears, paired with their long whiskers, are predominantly how mice sense their surroundings, as they have small eyes and poor eyesight. Their body is around four inches long, with an additional two to four inches of tail. These long tails are used for balance and help with temperature control. As most mammals are, house mice are covered in fur, although their tails, feet, and ears may appear bare. Their legs are short compared to their body and tail, but they can run and climb quickly and jump up to 18 inches.

Mice are well-known for their rapid breeding abilities. In fact, they become sexually mature after only two months! They are not seasonal breeders and will mate and have litters at any time throughout the year, sometimes as often as every 40 days. Litter size ranges from four to seven young at a time. These young and their parents will live in a nest, usually made from shredded paper or other fibers. Nests are located in sheltered areas, and unlike many other animals mice will defecate and urinate within the nest. Once the nest becomes unlivable, they will abandon it and create a new one.

Nests are formed near food sources, and typically mice will travel no farther than 30 feet to feed. Grains and other plant matters are a mouse’s preferred food, but they will eat whatever may be available. Birdseed, paper products, pet food, and stored grain-products like cereal are all top targets.

Mice in Your Home

Up to 95% of homes have mice! However, it is not always easy to tell that mice may have taken up residence. They are nocturnal creatures, avoid bright light when possible, and are only active for half the day. Often, you will not see the mouse itself, but rather the evidence it leaves behind. Droppings are a clear sign that your home likely has mouse activity. These droppings are small and pellet shaped, similar in size and appearance to a grain of rice. Another potential sign of mouse activity in your home is a loud scratching noise heard in walls or ceilings during the night. These noises can be much louder than what you would expect to hear from such a small animal. Gnawing on boxes, or grease tracks around areas of travel are also a possible indication of mice. Foodstuffs that have been gnawed on or have had the packaging gnawed on should be thrown away, as mice and mice residue can harbor many diseases.

Mice can play host to a wide range of diseases. The Center for Disease Control lists at least 35 diseases that are linked to various rodent activity. Here in Wisconsin, the main disease concern is Lymphocytic Choriomeningitis. This disease, linked to house mice urine, saliva, nesting materials, and droppings, can result in encephalitis, meningitis, and even birth defects.

Here at Advanced Wildlife Control, we offer a highly successful mouse control program called an ERC. This program focuses on not only getting the mice out of your home but preventing future mouse entry. For more information about this program, visit our Rodent Control page or give us a call today!

Did You Know?
The meadow mouse, also known as a field mouse, is actually a type of vole!