Bats are an essential part of our ecosystem. These nocturnal creatures can help with pollination and will eat up mosquitoes and other pesky bugs from your yard. Therefore, bats are beneficial animals to have around your house but are problematic when they find their way into people’s homes. A colony of bats can range in size from 1 bat to up to 5,000 bats. They are creatures of habit so they will return to the same place year after year such as your attic spaces to hibernate.

Bats have a very high metabolism which causes them to get cold very easily. So they often seek out areas of high heat like attics. Attics are a popular place for bats to live because they offer a warm, dry, and safe place to stay and raise young. Bats are more active in late spring and summer of Wisconsin and will usually migrate to warmer climates in the colder months. However, they can sometimes be found hibernating in the warm attics of people’s homes as well during the winter months. 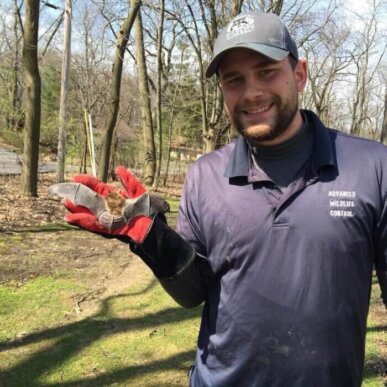 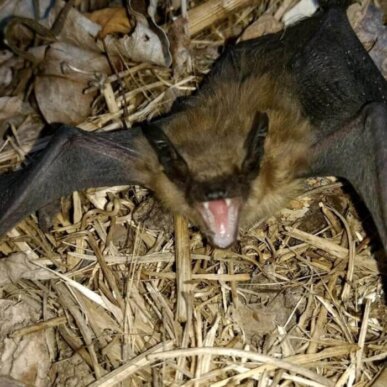 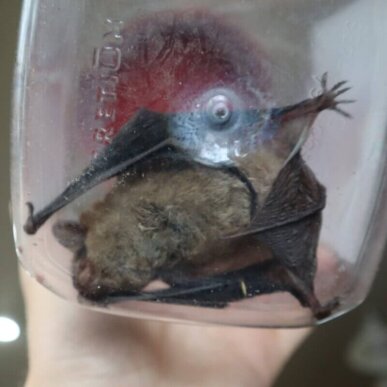 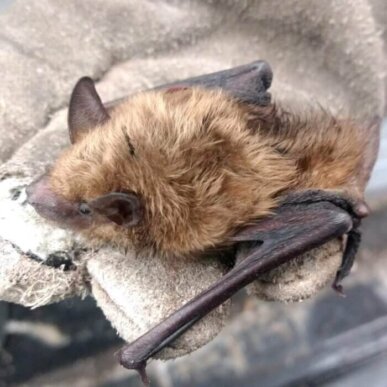 How Do I Get Rid of Bats?

If you have seen a bat flying around your house, it is possible that you may have a colony living in your attic. Getting rid of a bat colony is not easy and should be done only by trained professionals like our trained technicians here at Advanced Wildlife Control. During our initial bat inspection, we will make sure the problems you are experiencing are indeed caused by a bat colony. We will examine your attic and roof in search of any signs of bats and enter points.

Bats can’t enter homes by creating holes. They can only enter through pre-existing holes. Similar to mice, bats only need a half-inch to gain entrance. With our bat-proofing service, we will go through and seal up all potential entry points except one. Bats are protected here in the state of Wisconsin. Therefore, we will install a one-way bat valve at a key entry point to allow bats to naturally leave your attic and prevent them from re-entering.

We offer a two-year guarantee for our bat exclusions, provided to you in writing at the time of inspection. Although often not needed, extensions are available.

“Help! I Have a Bat Flying Around in my House!” - What Should I Do?

If you have a bat flying around in your house, the best thing to do is to trap the bat in an isolated room. Place a towel under the door to prevent it from escaping the room and then call us at Advanced Wildlife Control to come and remove your bat. We will come and remove bats from your house 24/7.

Should I be Concerned about Bats?

Yes and No. Bats are great to have around your backyard because they will eat up all your mosquitoes. However, they can be very dangerous when they take up residence in your home.

The biggest concern with bats living in your home is that they are carriers of Rabies. Rabies is transmitted when an infected bat bites or scratches a person’s skin. Studies have shown that most bats don’t carry the Rabies virus, but there is no way to tell by just looking at it. Bats can also carry Histoplasmosis which is a respiratory disease that is caused by fungal spores in bat droppings. Bat colonies can also contaminate your attic insulation with droppings, create nasty musky odors, and make loud squealing noises at night.

Most of our customers that have been bitten by bats were bitten when trying to get rid of the bat by themselves. Do not pick up a bat that is lying on the floor or on a wall, you could get bit! Anyone who is bitten or scratched by a bat must receive the Rabies vaccination, which requires 7 shots and can cost up to $4000.

If there is anyone that has been exposed to a bat who is unable to communicate, such as a small child, they should be given the vaccination as well. Under no circumstance should you release a bat that has bitten or scratched you. If the bat is captured it can be tested for Rabies. We have captured a large number of bats over the years, but very few of them have tested positive for rabies.

Bats in the Winter

Southeastern Wisconsin winters can be extremely difficult to predict. One day it could be 40 degrees and the next -10 degrees. The change in temperature is the main reason we receive calls from clients year-round asking us to get rid of a bat that is flying around inside their home.

Bats have a hard time staying in hibernation throughout the winter season when temperatures fluctuate like this. After warm days, bats will go back to find warmer places to hide like heating ducts to settle back down. However, if a bat goes too fat into heating ducts, it could end up in your basement. Bats have an initial instinct to fly upwards which could result in them ending up in the main areas of your home.

Unlike other hibernators that sleep through the whole winter, bats only go into hibernation for 2-3 week periods. They will come out of hibernation after that period for about an hour to get water and sometimes to mate. Then they will go back into hibernation for another 2-3 weeks. This complex hibernation process can explain why you will sometimes hear noises for short periods of time during the winter, but then hear nothing else until a few weeks later.

We have performed more bat removal services than any other company in SE Wisconsin. We are your #1 Choice for Bat Removal.